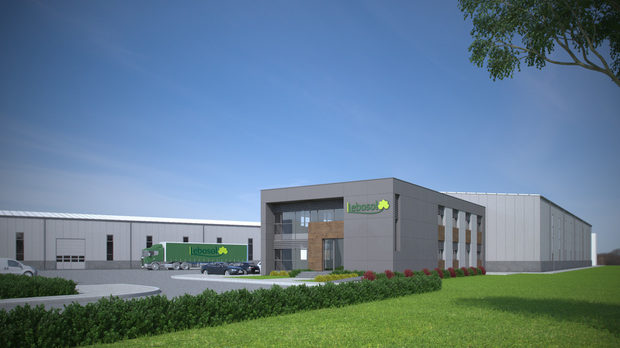 Lebosol® Dünger GmbH was founded in Deidesheim (Germany) in 1989 and has been a leader of liquid fertilizer production for over 30 years. Today, the company produces more than 70 different products, while the main activity at the time of opening was the production and sale of one product only – Aminozol

Lebosol® moved to Elmstein (Rheinland-Pfalz, Germany) in 2004, where the company still has its headquarters.

In order to increase production, sales and entry into new markets, Lebosol® Dünger GmbH built a new own liquid fertilizer plant in Sembach and opened a modern laboratory in 2007. The first representative office “Lebosol Bulgaria” was opened in 2009, and the second office “Lebosol Romania” was opened in 2012. That year was signed an agreement of distribution of liquid fertilizers to Ukraine with company Biofert. The second plant in Sembach was commissioned in 2014. The company launched three new plants, opened 4 autonomous, modern logistics centers and employed about 100 employees, including 9 highly qualified agronomists in 2018. The third office “Lebosol Ukraine” was opened in 2019.

Today, Lebosol® is the third company in Europe that has anappropriate equipment and qualified specialists for the production of formulated liquid fertilizers, which are actively marketed in 35 countries.

Quality, reliability, safety, flexibility and environmental protection are the most important characteristics for the daily work of the company from the product development to its assimilation by the plant.